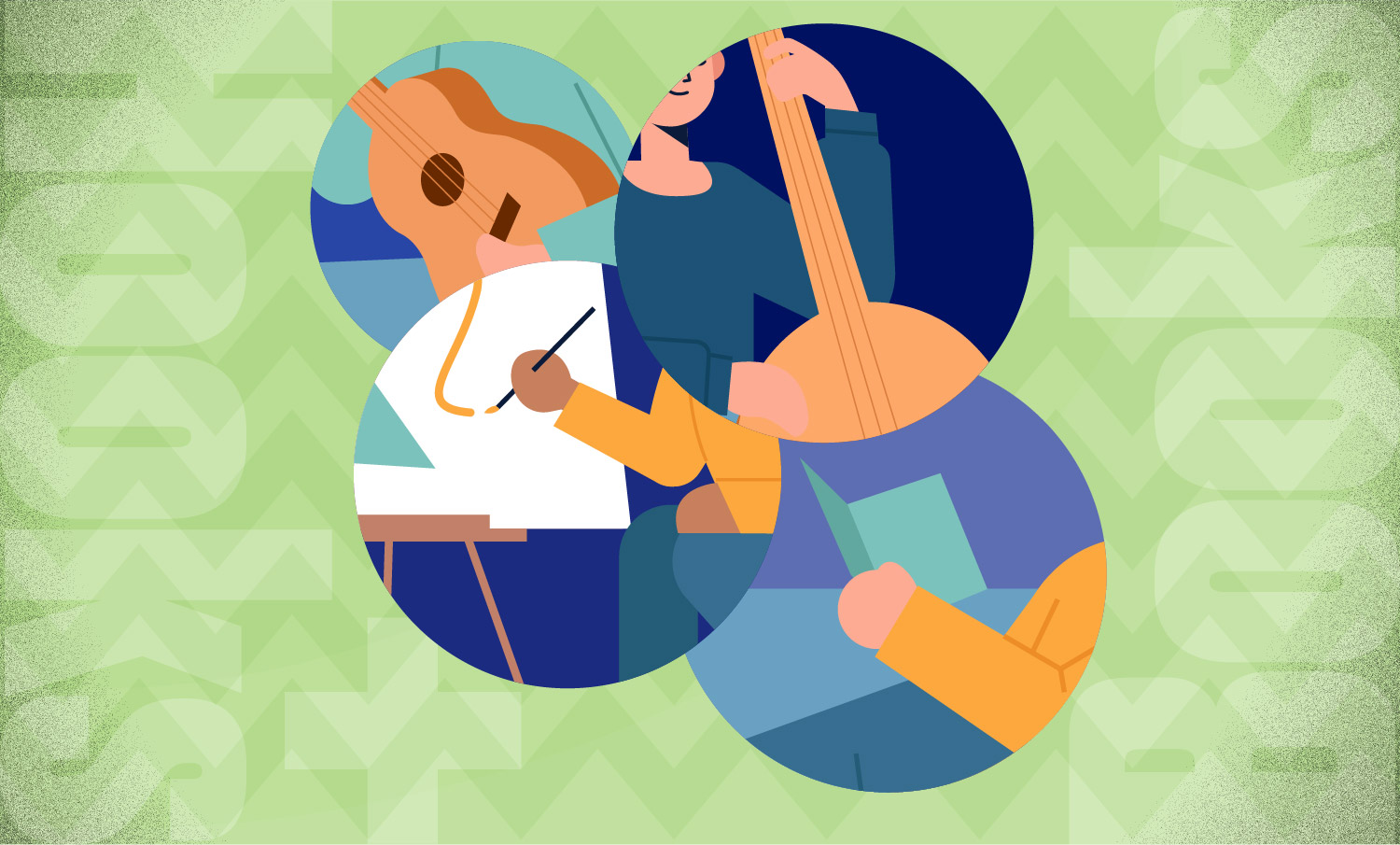 It has now been over a year since we left the normalcy that was pre-COVID-19 life.

If I squint, I can almost picture the gates by the Keys rotunda, and the never-ending flow that was morning and dismissal traffic. As the months pass by it gets harder and harder to remember a time before Zoom rooms—passing hellos in the halls, claiming spots in the waiting area, and not needing to be six feet away from other people.

In the beginning of the year, a lot of us assumed online learning would be easy.

How hard could it be to have fewer hours of classes and plenty of asynchronous time for yourself? Now that we are nearing the end of our second semester, perhaps a lot of us have realized just how much we underestimated virtual classes.

So, how does online learning compare to what we had before?

Personally, it feels just as stressful—if not more stressful than it used to be. Although our time and tasks are more student-led, the school days somehow feel longer and more tiring than they might have been with our previous 8 a.m. to 3 p.m schedule.

From morning to noon we make the most of our synchronous periods, and then our afternoons host a collection of group calls, asynchronous tasks, clubs, and other extracurricular activities. But behind the workload, I think this newfound tiredness comes from the distance we experience from our friends and classmates, and the forms of communication we lose behind the screen.

The way we “talk” to each other goes beyond just words, as we communicate through our facial expressions, body language, tone of voice, gestures, and sometimes through shared silence. One of my favorite analogies is that conversation is like trading—we give parts of ourselves, we share things, we mirror other people in their language or stance, and we match what other people are willing to give.

But throughout the school year, it’s been hard to trade these small bits of non-verbal communication through screens. We aren’t able to bounce off each other in the same way we might have before, and the distance makes its presence known. Despite the video calls, texts, and our Zoom classrooms, after we press the red “end call” button we are brought back to the worlds that sit directly in front of us. Even before that, we traverse barriers of mute buttons, camera angles, email etiquette, and issues with internet connection. (And when the call ends we’re left to our own devices, literally and figuratively.)

People aren’t meant to be isolated from others, no matter how introverted they might be — as much as I hate to admit this now. The last months have made it clear that human beings are social creatures, and we thrive knowing that we are part of a community bigger than ourselves. Being apart from one another is a challenge that none of us were prepared to face for as long as we have this quarantine, and for many of us these challenges and worries have manifested in different ways. I feel for my more extroverted peers and family members, even though I can’t relate wanting to be outdoors.

This isn’t to say that online learning doesn’t have its perks. Because so much of it is student-driven, we get to work at our own pace, our sense of self-discipline having the capacity to be either a massive help or a massive headache. The term “new normal” was in the air from the moment it was coined, and stayed there until the world celebrated its first New Year with masks and missing noise. Now, the routines that we have feel more normal than new—which is something I find interesting.

We’ve conquered almost an entire school year with cameras and calls, and the barriers we traversed made us united in our being separate. We adapted to all the “new normals” until they became second nature to us. None of us expected to be where we are, and yet here we are anyway. Isn’t that cool?

Even in the digital setup, there has been no lack of community, and perhaps that lack of community is something we’ll never know. Not while we continue to bring school-wide events to digital spaces, or to stress the importance of communication as we push for group calls and conversations that don’t involve school. We’re looking out for our bigger communities, too, as the little flaws in our system make themselves known and the points for improvement crumble under the weight of quarantine and collective awareness.

Our setup makes it harder to leave things unsaid, so we take advantage of the time we have when everyone is in the same virtual room. In a similar way, the idea of another year indoors feels bittersweet, much like it had felt in March of 2020. Bitter for all the things there are to miss, all the days when anxiety bubbles over, and all the control that isn’t ours. Sweet for the promise of a normal we would have  fought for and won, for a safety that would smell like fresh air, and the people we would be when all this is over.

The feeling of fellowship and solidarity is different under these circumstances, but it isn’t scarce, and neither is it unwelcome. I think we will continue finding ways to make online learning work for us, as we tread the ever-changing waters of being together and apart at the same time.

Maya Palo, 15, is in Grade 9 at Keys School Manila. She considers herself an introvert.

The boy who achieved

Read More
HHooks + Books
They say you're past your prime when you start pining for the old days. If so, I must be getting old.

Read More
HHooks + Books
I am in my third year of college—only less than two years before graduating from university. However, there…

Read More
HHooks + Books
Fear gripped my heart. My palms were sweaty and I felt cold all over.